Skip to main content
Office of Family and Faith Formation 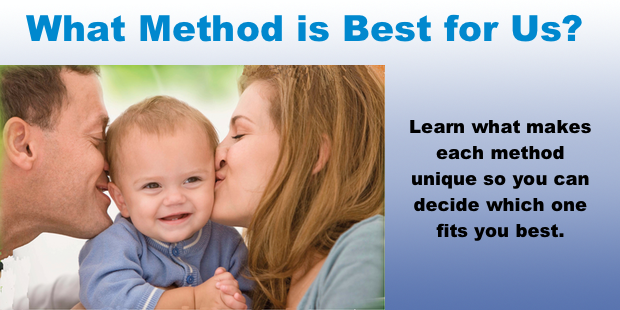 All NFP methods have the same goal: to help the couple identify their “window of fertility”. To do this, the couple learns about the naturally recurring signs of the female’s fertility.

There are two main signs. The first is the woman’s cervical fluid discharge and the second is her basal body temperature (her temperature at rest). There are also additional indicators that can provide supplemental information.

Cervical Fluid – This indicator is the most important indicator of the fertile window. It is produced by the cervix several days before ovulation. When a woman goes to the bathroom she will see and/or feel this fluid and know that her window of fertility has begun. The fluid becomes more noticeable as ovulation nears and actually peaks when the egg is released. The term “peak day” is common among NFP methods and it refers to the last day in the cycle when the mucus is most fertile. Peak day is determined in retrospect because the woman has to look back in order to see that the fluid decreased and became less noticeable.

Additional Indicators of Fertility - In addition to these two main indicators of fertility, there are others that can also be tracked. Some NFP methods will teach couples how to track the changes that happen at the cervix during the fertile window. Another method will teach a couple how, with the assistance of a hand held fertility monitor, to track the hormonal changes that drive the external observations. Finally, other methods will teach couples how to use a calendar count of cycle length to determine the possible fertile window with accuracy.

Below are some specifics of the most common NFP methods.  For a side-by-side chart comparing these methods, click here.

There are several NFP methods that teach couples how to track the fertile window using only one indicator of fertility. When a method teaches couples how to observe and interpret the cervical fluid indicator only, the method is called an ovulation method. The most common ovulation methods are the Billings Ovulation Method of America (BOMA), the Creighton Model FertilityCare System (CrM), Family of the Americas Foundation Method (FAF) and the Two-Day Method of Fertility Awareness.  Each of the ovulation methods has its own strength.

The Billings method was the first ovulation method developed. It can be learned very quickly and is used by couples around the world. Couples using the Billings method rely primarily on a sensation or wetness or dryness at the vaginal opening.

The Creighton or FertilityCare™ method is a medically standardized model of the Billings method. It provides couples with a defined grading system for cervical fluids. Because of its standardization, charts tracked in this method can be used to detect and treat underlying gynecologic and reproductive disorders.

The Family of the Americas method is a simplification of the Billings method. The charting used includes pictures and colors instead of symbols and numbers. The pictorial descriptions are compared to the growing seasons of the year (seeds planted in a time of wetness grow and those planted in a dry time do not.)

The final single indicator method is called the Standard Days Method. This method tracks a count of calendar days. When a woman has cycles that are always between 26 and 32 days, she has a stable window of fertility that occurs at the same interval in every cycle. In this method, the woman uses a count to tell her when she is fertile and infertile. It is to be used only by women with this very regular cycle length.

These methods show a relationship between cervical fluid and the basal body temperature (the temperature of a woman at rest).

Both the Couple to Couple League method and the Sympto-Pro method instruct couples how to observe and interpret the cervical fluid, the basal body temperature, cervical changes and various other secondary signs. Once a couple has learned to observe these indicators, they are given rules to apply that frame the boundaries between the three phases of the cycle. Rules are recommended based on the signs that the couple observes and charts, the reproductive category that the couple is in and the couple’s intention (achieve or avoid pregnancy). Both methods provide a system of feedback to the couple that helps them refine their understanding of the method.

The Marquette Model is unique in that it teaches couples how not only to track cervical fluid, temperature and cervical changes, but also how to monitor the underlying hormones that drive the menstrual cycle. Using the Clearblue Easy fertility monitor, the woman can determine the levels of two female hormones that are produced during the fertile window.