Engaging with Optimism and Hope

Bringing hope by dialoguing with elected leaders and public officials is important and crucial. “As a church we exist to evangelize through both our actions and our words,” says Edward “Ned” Dolejsi, who has served 22 years as executive director of the California Catholic Conference (CCC), the public policy arm and official voice of the Catholic bishops of California.

“We always come to the public and private debate about our common laws and budget as a voice for the life and dignity of the human person, the good of society, and particularly of care for those who are poor and struggling, and the vulnerable,” notes Ned, who retired in 2018 and also recently concluded eight months as interim executive director. “That is always the voice of the Catholic Church in the political arena – caring, reasoned and experienced.” The seven principles of Catholic social teaching undergird the bishops’ positions on public policy issues. “We seek social, economic, restorative, educational and environmental justice,” he says.

Dialogue in the political arena and working with government leaders on issues that matter to the Catholic community happens through both advocacy and education, Ned says. “Practically, each year we assess all of the different proposed public budgets and possible new or amended laws in order to determine how the church’s voice can be focused and heard.”

He offers two examples. On immigration, “we talk about the common good of society to create good community and protect its borders, but also about the rights of individuals to seek freedom and a place where they can thrive. So we are in support of immigration rights, but it’s a balance, as society has a responsibility for creating just and responsible immigration laws, keeping families together and protecting those in danger.”

On physician-assisted suicide, the CCC currently opposes SB 380 (Eggman, D-Modesto), which, “without any rationale,” Ned says, would make the law permanent before the 2026 sunset; allow physicians to waive the 15-day waiting period for doctor-assisted suicide; and eliminate other “safeguards” which proponents said would prevent abuse of the law and now say are “obstacles” to someone taking their own life.

“We operate on the fact that God is God and we’re not,” Ned notes. “Individuals, while they have the autonomy and the right to make choices about how they choose to live their lives and their medical care, it doesn’t extend to the right to take one’s life, given by God. We have a responsibility as a community to surround people with care, understanding and love. We support palliative care and hospice care, and a variety of things we advocate for in the CCC’s Caring for the Whole Person Initiative, a partnership with Catholic health care in the state.

“These are consistent, challenging issues of life, justice and liberty,” he adds. “They are ever present in the public debate. Dialogue gets interesting with more complex areas of state law, where significantly more prudential judgment is exercised by church leadership and by the individual citizen disciple.”

Dialogue with government leaders is boosted significantly by the statewide witness of the efforts and programs of Catholic Charities, schools, chaplains, cemeteries, health care, the Society of St. Vincent de Paul, the Knights of Columbus and other Catholic organizations. “To be consistent, to be present, and to be doing things for others less fortunate – what we do in the Catholic community gives us the experience to talk about it with state legislators,” he says. “And then to dialogue with them about what they are seeing and experiencing in their own districts.”

Building relationships with legislators and their staff is key, “so you can have a conversation, and it’s OK to disagree but it’s not OK to be disagreeable,” Ned notes. “We understand we are not going to agree on everything, but we try and listen and ask them to listen. We work effectively with a few very talented and committed contract lobbyists who assist us in enhancing these relationships.”

Dialogue also includes formal communication by the CCC in testimony, letters opposing or supporting legislation, as well as phone calls, letters, emails and texts from Catholics across the state expressing their opinions to their elected officials.

Catholics can assist in working toward the common good in dialogue with elected and public officials “by being focused on it, praying about it, and addressing it as faithful disciples. First and foremost we are disciples; secondly we are citizens,” Ned says.

“The hope is to come to the realization that through prayer and deepening our relationship with the Lord and with the community in which we belong, that will help shift and change us,” he concludes. “We evangelize because we are that person who is able to engage others with that same optimism, with that same hope.

“It’s a challenge for each individual Catholic as well as for all of us collectively. In this American culture, our experience of the Catholic faith is not private — it’s not just me and Jesus, it’s not just me and the church. It’s a public theology and it requires us to be in the public order, to comment, and to serve people.”

Learn more about the California Catholic Conference at www.cacatholic.org 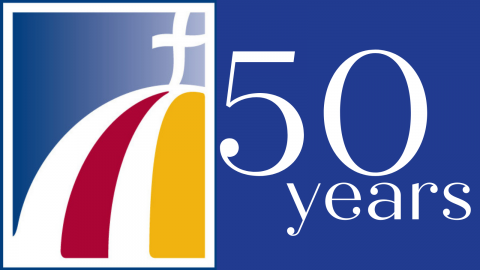 This year the California Catholic Conference celebrates its 50th anniversary. For a half-century, it has sought to apply the principles of Catholic social teaching – the common good, protection of the vulnerable, respect for human life and dignity – to advocate with the legislative, administrative and judicial branches of the state for the Catholic Church’s public policy agenda and to facilitate common pastoral efforts in the Catholic community. Legislative priorities of the CCC are: 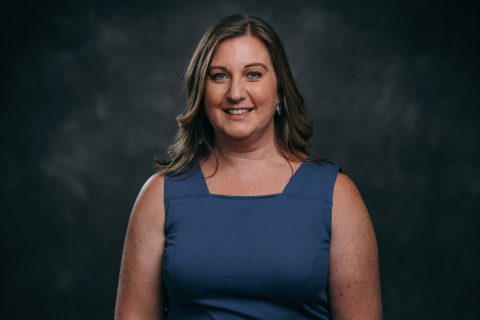 Kathleen Domingo is the new executive director of the California Catholic Conference. Previously she was senior director of the Office of Life, Justice and Peace in the Archdiocese of Los Angeles.

“From immigration to legislative advocacy to advising other arch/diocesan leaders around the United States, Domingo has provided outstanding leadership and creativity in her role in the archdiocese,” said Bishop Robert McElroy of San Diego, president of the CCC.

“Many will know Kathleen from her work building OneLifeLA, first held in 2015, into the third largest pro-life event in the nation” said Bishop McElroy. “But her contributions to building up life, justice and peace in California include foster care renewal, mental health outreach and end-of-life ministry. In her work and advocacy, Kathleen has shown remarkable creativity and skill in developing and managing ministries for the vulnerable and the voiceless in our society.”