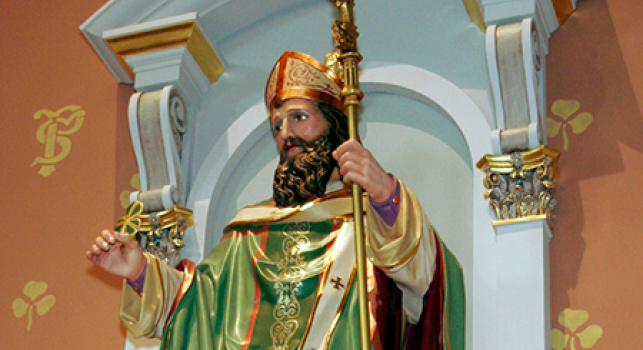 Feast of St. Patrick, Co-Patron of the Diocese of Sacramento

As a young man, Patrick was captured and enslaved for six years; he escaped, but felt called to go back to Ireland to proclaim Christ. There he established churches and primitive monasteries. Statues of St. Patrick can be seen at the entrance to the Cathedral of the Blessed Sacrament, as well as within the Cathedral, near the chapel of the Eucharist.